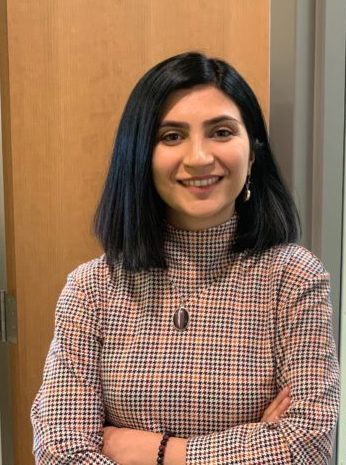 Zahra Mirrazi's* research mainly focuses on semantics, pragmatics, and syntax-semantics interface, typically from a cross-linguistic perspective. In her ongoing dissertation, she studies the contribution of tense, aspect, and mood in the meaning of conditionals, in the light of novel data from Farsi. Adding Farsi to the typology of languages that encode semantic and pragmatic differences among conditional statements using their temporal morpheme inventories, her dissertation sheds light on the cross-linguistic variation in the strength of counterfactuality, as well as the variation in the expression and interpretation of conditional claims about future. Her other projects include work on neg-raising, indefinites, fake indexicals, bare plurals, as well as micro-variation in the aspect splits in the nominative-accusative system of four Neo-Aramaic dialects. She received both her BA (English Language and Literature), and MPhil in Linguistics from the University of Tehran, in her home country, Iran.